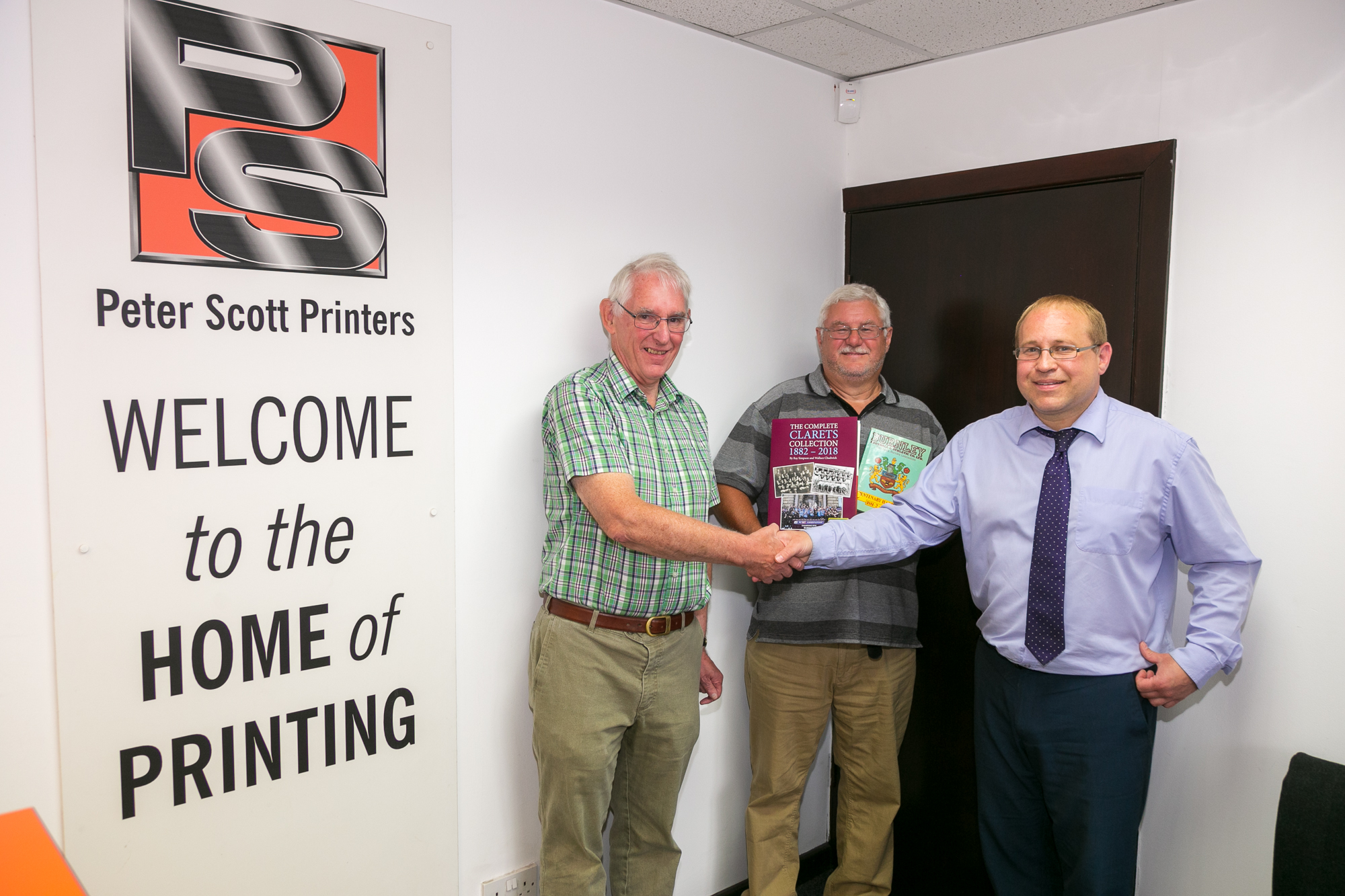 The Ultimate Burnley FC book is ready, showcasing 136 years of The Clarets

The Ultimate Burnley FC book is ready, showcasing 136 years of The Clarets

Burnley FC has stood the test of time, to celebrate this historians Ray Simpson and Wallace Chadwick, on behalf of Burnley FC have produced a collector’s edition book that will be produced in a case bound hard backed format. The high-quality publication is for Clarets’ supporters and follows on from the success of the original ‘Clarets Collection’ that covered all post-war players to have appeared up until 1996.

Ray Simpson and Wallace Chadwick, authors and historians, have both got a longstanding relationship with Burnley FC, and with each other. First as friends at school in the 1960’s and now as colleagues, they have shared an interest in researching the history of the club.

“We have worked together since being at school, but this is our first official joint project together. It’s taken us four years to complete, as although there is a lot of information available there were a number of players that it took months to get further information about, such as ones from the 19th century who only played in one game!

No book on Burnley FC has ever been back this far and we are really looking forward to the release. It has over 1000 player profiles and documents every player who has played for the club. Myself and Ray were both brought up in Burnley and I feel honoured to have the opportunity to produce such an important book.”

Peter Scott Printers were established in 1960 and are Burnley’s premier lithographic printers, serving many businesses and Burnley council. They are delighted to have been chosen to print what can only be described as the ultimate Burnley FC player’s book. Due for publication in the Autumn of this year, ‘The Complete Clarets Collection 1882-2018’ will document the careers of every single player ever to have donned the famous claret and blue of Burnley FC, it is now available to pre-order, but only until 22nd August 2018.

The new ‘Complete Clarets Collection 1882-2018’ goes much further than the previous, also covering the very beginnings of the club’s history up until the outbreak of World War II. The two hundred or so players who have featured for the club since 1996 are also included in the book, including many who have played important roles in the club’s remarkable rise back to the top of the English game in recent times.

“I first became interested in the history of football when I found out Burnley were one of the founding members of The Football League. Myself and Wallace both have a longstanding relationship with the club, in 1987 we did a joint historical column for the club’s match day programme and been doing it ever since! It’s been a pleasure to combine 50 years of work and knowledge, putting it all into one fully comprehensive book.

We immediately knew Peter Scott Printers were the choice for printing the book. We needed good quality, good reputation and of course it’s important to shop local too! We have worked with various members of staff here before and had exceptional service.”

“Here at Peter Scott Printers are no strangers to producing Burnley FC publications. We also produced the club’s centenary handbook back in 1982. Some of the company’s longer serving employees can even recall working on that book way back in 1982 and are looking forward to doing another fantastic job on the new publication. Peter Scott Printers was based very close to Turf Moor on Darnley St in those days, but now operates out of modern purpose-built premises on the Billington Road Industrial Estate off Rossendale Road. It was a great honour to be chosen by Ray and Wallace to produce the book, I’m sure it’s going to be a huge hit and I have already pre-ordered my own copy!”

“Those who pre-order will have their name in the book and a numbered copy available on the launch night which is Wednesday 24th October – it really is worth pre-ordering! The books will also then be on general sale at the Club shop.

Initially, it will be exclusive to the club shop however we are also urging local retailers to get in touch if they would like to stock it!”

The cost of the book is £30 for subscribers + £5 p&p, with £5 being refunded if collected in person on the launch night, the shelf price will be £32.

Advance subscribers of the book, can have a small personal message printed inside it. Order forms can be obtained from the club shop at Turf Moor.